Farming is often criticized for its environmental credentials – it consumes over 70% of the entire worlds freshwater supply, over 30% of the Earth’s land is taken up for crops and it associated with greenhouses gases such as carbon dioxide (CO2), methane (CH4) and Nitrous Oxide (N2O).

However – agriculture feeds over 7 billion people and employs over 30% of the entire global workforce – it is essential to human life. Therefore, farming will always produce a significant volume of waste. The challenge is understanding the comparative scale of this waste, its proportionality, and how best to monitor and address this.

Not all farming practices are equal – with some products having a surprising environmental impact, and not just beef. Some vegan products have an outsized impact on sustainability. Understanding this wider environmental picture is as important for individuals as it is for corporations.

It’s clear to us that consumers really want to know more about where their food is coming from . . .and what’s the impact of this food that I’m eating.”-  Alison Taylor, chief sustainability officer at Archer Daniels Midland

Corn in the US is highly inefficient. An acre of corn can produce 15 million calories, enough to sustain 14 people. However, an acre of corn in Iowa produces just 3 million calories – due to failures within the system as a whole – therefore looking at the components of any farming practice is critical to understanding the wider picture.

The inefficiencies of the water system are just one challenge for farmers, corporate investors and consumers – all of whom are looking to improve their ESG credentials – for economic and ethical reasons.  Another challenge facing agriculture is how to monitor and detect inefficient or illicit farming practices for the purposes of ESG – how to address the “data gap”.  As the process is never quite simple. Even in the simple example above with nuts consuming far more water than potatoes, there are other factors – nuts contain around 10 times more calories than potatoes.

What I’m worried about is that if there isn’t sound science under [how companies are judged] we’re going to make a lot of big mistakes along the way,” he says. “This isn’t tobacco where we just want to get rid of a product. This is really complicated . . . If the changes aren’t science-based we could not do any good or we could even do harm.” – Dariush Mozaffarian, dean of the Tufts University Friedman School of Nutrition, Science and Policy in Boston

Given the importance of effective measurements below are some of the core areas facing farming and how they can be monitored.

Stubble burning, banned in the UK and EU in 1993, is still conducted around the world – legally and illegally. Especially in areas such as China, India, and Thailand – where it is illegal but is still done.

Given the scale of these countries and the remote nature of farms – enforcement is challenging for governments and for companies. The further down the supply chain a buyer is more impossible it may seem to verify a farming practice

Satellite data can be used to detect stubble or pre-harvest burning and take action accordingly.  The burning of a crop, e.g. pre-harvest burning of sugarcane in Thailand, will often happen at night and most satellites are not collecting data at this point, to conserve power. This issue can be addressed by looking for the smoke trails left in the morning and then tasking satellites at night if required. 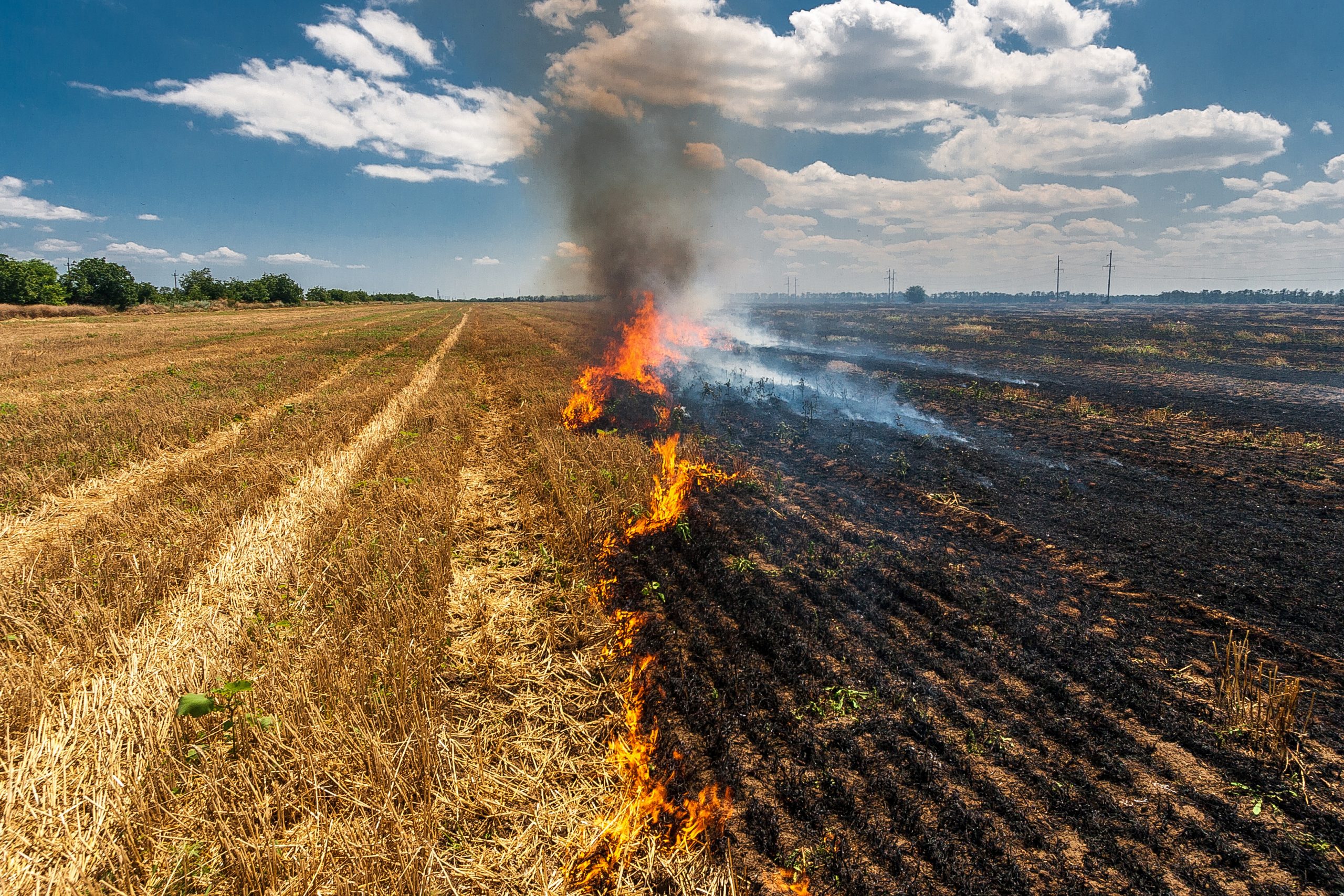 Deforestation has long been associated with cattle ranching in Brazil. – with 10,000s hectares cleared for cattle. This is compounded by the fact that land in rainforests is also poor quality for beef production – so it takes around 10 times the amount of land per head of cattle.

While the situation is dire in terms of loss of forests – there are fantastic systems available to monitor forests and detect both macro and micro trends.

Satellite data is already used to identify changes in forests, even down to a single tree. Recently the Norwegian government made this even more accessible as they provided £40million in funding for public access to high-resolution satellite data on rainforests. 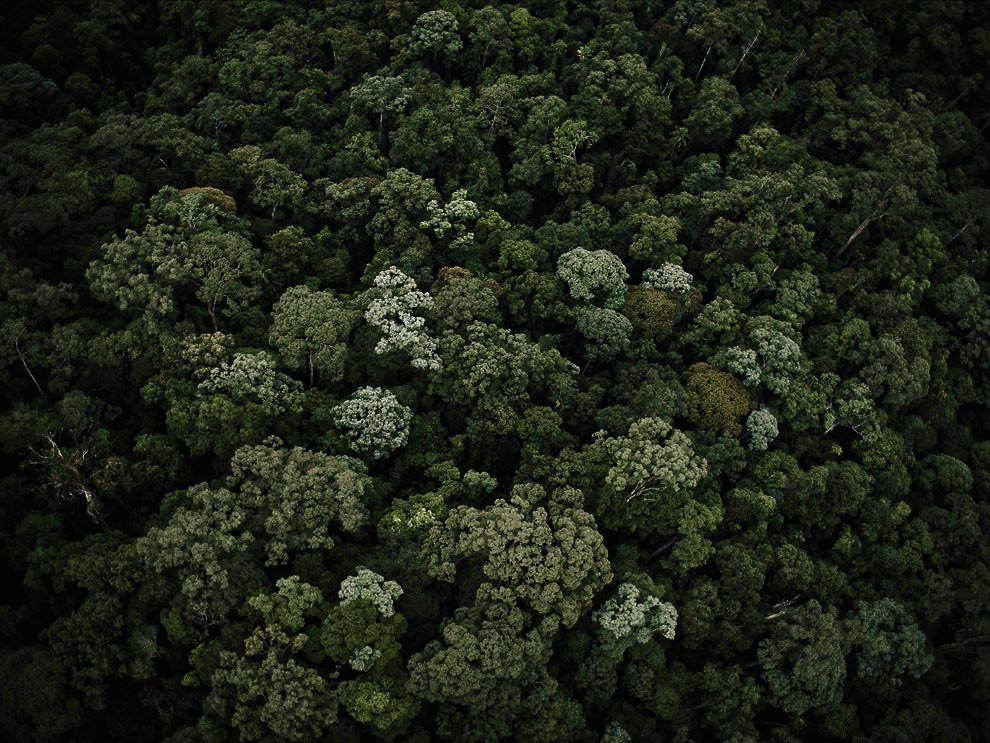 Farming’s environmental cost is reported to be $3 trillion a year. Pesticides, which impact soil quality, water quality and biodiversity pose a real challenge.  Farmers, especially in the developing world, are often economically incentivized to use banned or dangerous pesticides, for short term gains.  Detection of this is not possible through audits or deployment of local sensors. Satellite data provides the ability to monitor crops, rivers, and lakes.

These data points, combined with typical farming practice, acceptable practice, and historical data can provide deep insights across entire countries, as well as at the farm level.

Water use and water scarcity is a growing challenge in the changing climate – especially with some crops consuming up to 60 times more water than others.  There are several satellite missions that have dedicated sensors to measure water and how it’s changing, including NASA’s MODIS, South Kohttps://www.nasa.gov/directorates/spacetech/spinoff/Satellite_Imagery_Sheds_Light_on_Agricultural_Water_Userea’s GOCI and ESA’s Sentinel-2.

Satellite measured elevation loss (greatest in the dark blue) between 2011 and 2017. The linear break in color is an inactive fault that walls off part of the aquifer.

There is a significant gap in data within ESG, especially amongst farming. The scale and complexity of the challenge mean that it’s just not possible for a single source of data to bridge that gap.

Satellites can fill many of these “data gaps” providing key metrics on pollution, pesticides, and misuse of land and water. However, the true value of the satellite data is when it is combined with additional data sources and analyzed effectively to provide a richer and more informative picture.

China has suffered massive floods, suffered continued rains. This has resulted in delayed planting of wheat and possible 20% loss of yield.
Learn more