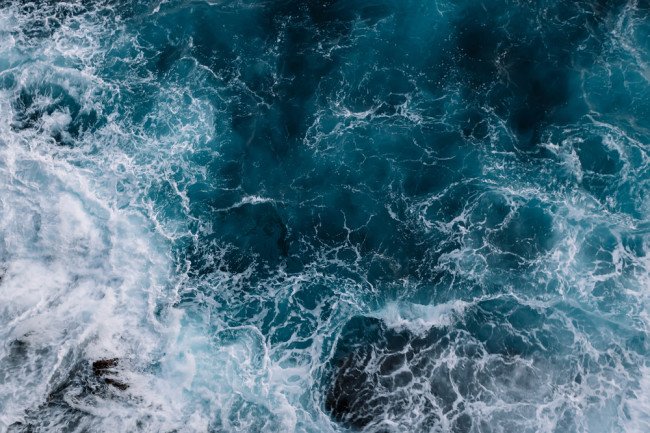 Oceans provide over 50% of the oxygen we breathe, regulate our climate as well as providing food for millions of people.

Sadly the oceans are suffering: Corals are dying, water is being polluted and entire ecosystems are collapsing. This has an economic and environmental impact.   Satellite technology is offering new ways to monitor and protect the oceans

Corals are crucial to animals and humans around the world. They cover more than 280.000 square km of the ocean floor and provide a home to more than 25% of all marine species. Corals don’t just provide habitats for a quarter of the marine species – 500 million humans’ are also dependent on reefs for their survival – for their food and/or livelihood. The economic value of reefs, in the US alone, is over $3.4 billion a year.

However coral reefs are under threat from numerous sources, pollution, dredging, and rising sea temperatures to name a few. As a result, corals are being destroyed at an astonishing rate – up to 50% of the world’s corals reefs are already gone or been seriously damaged. Half of the iconic Greate Barrier reef is already lost, with 30% being lost in 2016 alone. Some estimate the risk of corals loss at 70% to 90% by 2050.

Satellites are being used to monitor and protect corals

AQUACULTURE/ WORKING WITH THE ENVIRONMENT

Over half of the world’s seafood comes from aquaculture – often known as fish farming.

A wide variety of seafood is grown in farms, from lobsters and muscles to salmon and carp – and it is incredibly efficient.  1kg of feed for a salmon will result in around 1 kilo of flesh.  This is eight times more efficient than pigs, which require 8 kilos of feed to get 1 kilo of pork.

Despite its efficiencies, there are numerous threats and challenges to aquaculture

As the farms are mainly in open water they face risks to the changes in the water, including:

As aquaculture is a form of intensive farming it has challenges with its environmental impact.  This includes:

Satellites are being used within aquaculture in a variety of areas – from monitoring for algae blooms to tracking currents and surface temperatures to monitor fish health and support the detection of sea lice.

The changing climates and the effects the globe can be seen on the land, in the oceans, and in the frozen ice sheets of Antarctica.  The changing behaviours of Emperor Penguins is an early indicator “a canary in the mineshaft” of how climate change impacts the world.

However – studying these penguins is tricky, at best, due to their remote and hostile habitat.

This challenge is being made easier by satellite imagery.

Plastic in the Oceans

TRACKING PLASTIC IN THE OCEANS

The scale of plastic pollution is increasingly well known

This plastic impacts multiple areas including:

OIL SPILL OFF THE COAST OF ZEEBRUGGE

In October 2015 there cargo ship Flintersar sank in shallow waters, near Zeebrugge, Belgium. This resulted in a significant oil spill threatening, Belgian, Dutch and French shores.  One month after the spill an estimated 200 m³ of oil was released into the sea. The image to left shows this spill being tracked by satellite – which supports the teams trying to reduce the damage.

On July 25th, 2020 similar incident happened in Mauritius when the  MV Wakashio ran aground on a coral reef – with 4,000 tonnes of the fuel.  Once again the satellite industry was used to support the clean up operation – with the activation of the Disaster Charter at 16:59 on August 8th 2020

International Disaster Charter  – has 17 member countries and access 61 satellites to:

Provide satellite data to those affected by natural or man-made disasters through registered organisations, for use in monitoring and response activities

The charter has been activated over 650 times, in 126 countries.

LEARN MORE
We use cookies to ensure that we give you the best experience on our website. If you continue to use this site we will assume that you are happy with it.OkPrivacy policy