The images below, taken by ESA’s SENTINEL-2 show Algae Blooms over the Baltic. 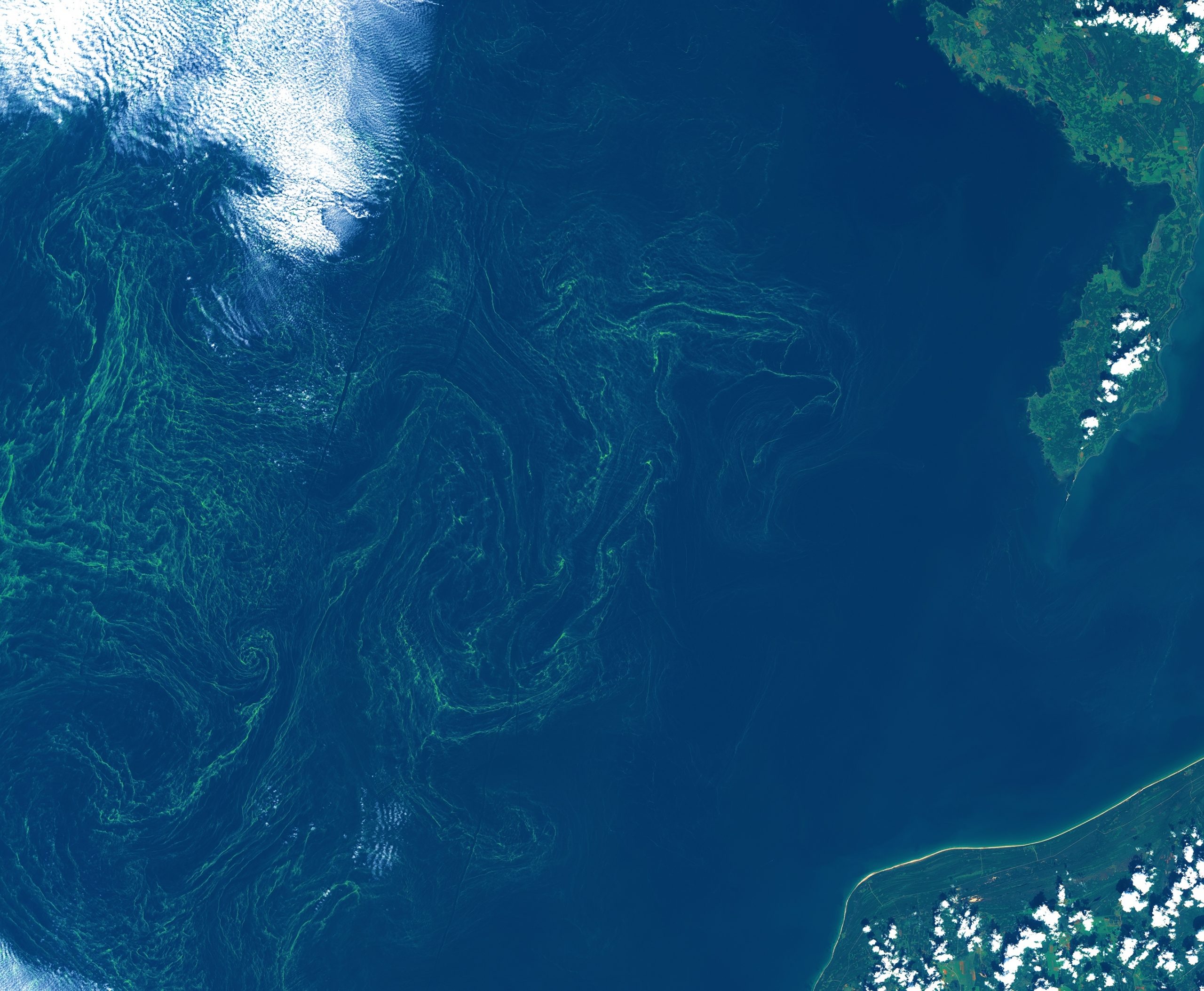 This image of an algal bloom in the central Baltic Sea was captured by Sentinel-2A on 7 August 2015. Image by ESA 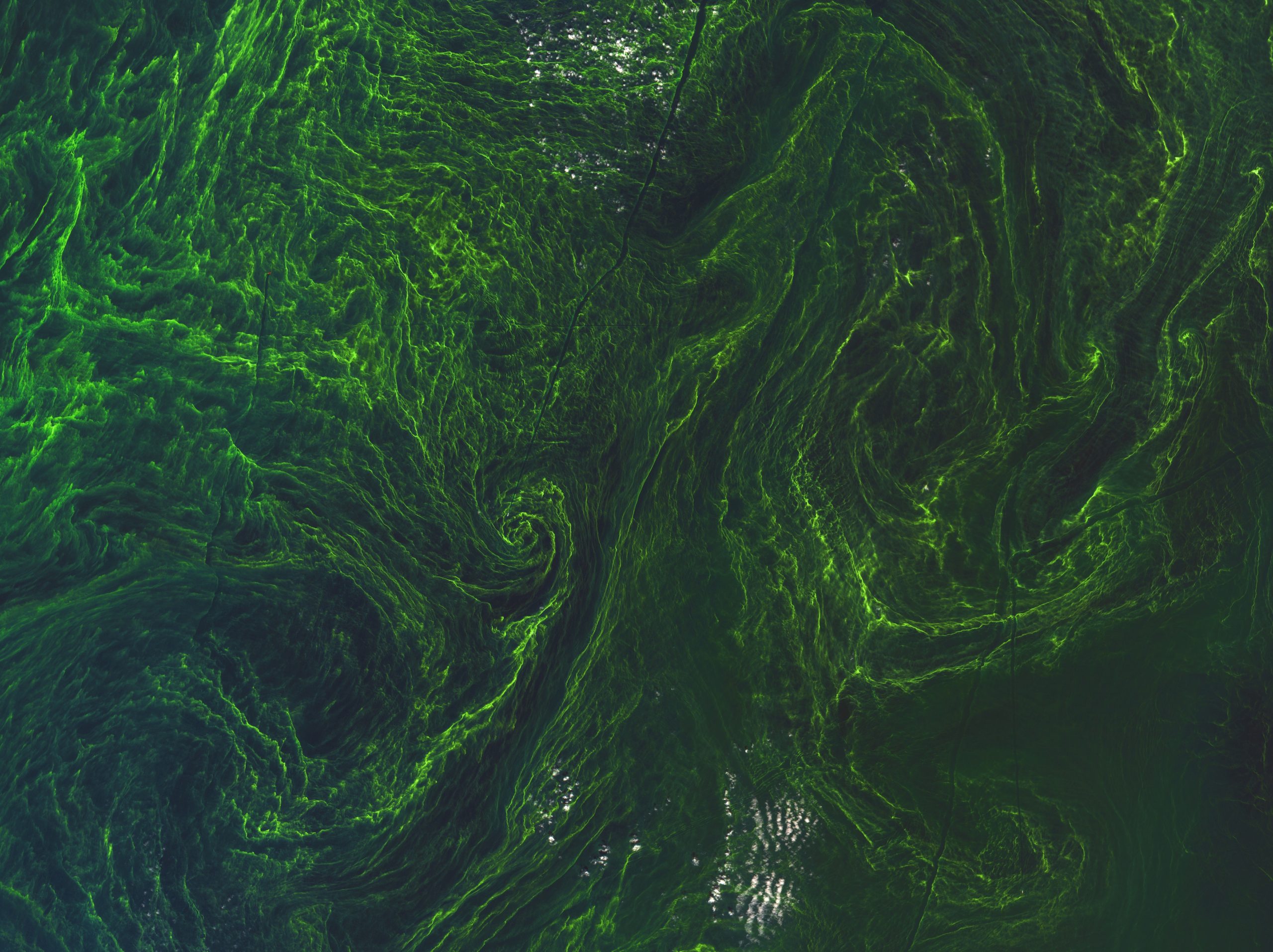 This red–blue–green composite image from Sentinel-2A taken on 7 August 2015 has a spatial resolution of 10 m.