With the ambitious aim of creating a better understanding of the Earth, the European Space Agency (ESA) started the Copernicus program – “Europe’s eye on the earth”. This was much more than just collecting high-quality data, this was about providing an operational service – that can support emergency response and civil security to logistics and climate monitoring

Sentinel-1 was the first mission to provide that level of service.

ESA’s Sentinel-1, is a Synthetic Aperture Radar (SAR)  satellite, can see at night and through clouds millimeter accuracy when measuring elevation.  As it can operate independent of weather, unlike optical satellites, it is always providing useful data.

The Sentinel-1 missions are composed of two separate satellites S-1A and S-1B. Both satellites serve the same purpose and have the same equipment. Having two means more frequent updates with higher revisit times.

The results gleaned from Sentinel-1, and the wider Copernicus program will almost certainly influence the future of the human race – from changing how we see climate change to improving transport and logistics.

SENTINEL-1 (S-1), launched in 2014, was the first in ESA’s Copernicus Program. and is their only SAR (Synthetic Aperture Radar) satellite. 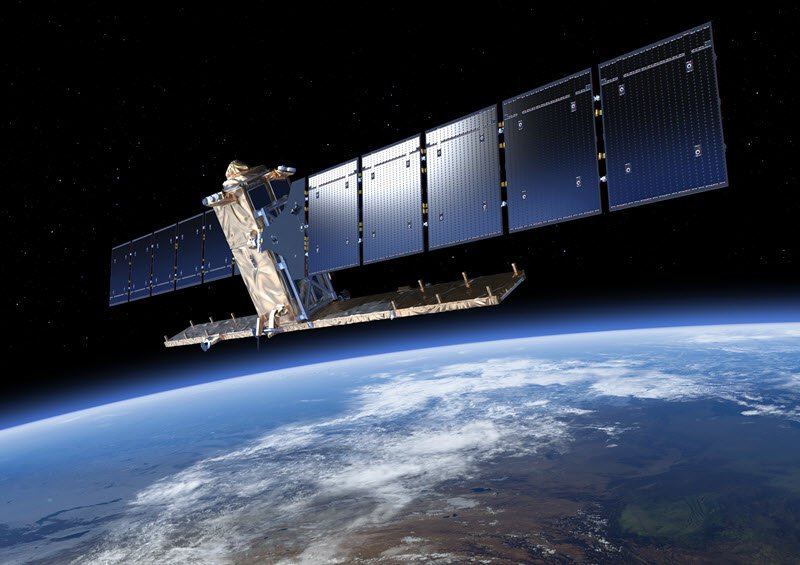 S-1 was the first of the original five missions ESA launched under the Copernicus program, launching in 2014 and is one the larger satellites coming in at nearly twice the weight of SENTINEL-2 and SENTINEL3.  SENTINEL-1 is actually a mission of two satellites, SENTINEL-1A and SENTINEL-1B – they both serve the same purpose and have the same equipment, but having two provides more frequent updates  – “higher revisit times”

As S-1 is a radar satellite, rather than optical (e.g. SENTINEL-2) or an environment sensor (e.g SENTINEL-5) it doesn’t generate images of earth that can be seen by the human eye. S-2 generates fascinating images –  such as pictures of algae blooms or lakes – which is what most people think of when they hear about satellite images.

S-1, generates data from radar that requires detailed analysis and interpretation – the results providing an entirely new perspective of our world.

SENTINEL-1A and SENTINEL-1B share the same orbital plane and both use Synthetic Aperature Radar.

The S-1 satellite houses the C-SAR instrument, which allows it to offer reliable wide-range monitoring, which also has shorter revisit times.

The C-band imaging system, also included in the S-1 satellite, operates in four exclusive imaging modes, with different resolutions, down to 5m, and up to 400km.

HSAT has won funding from the Norwegian Space Agency  to build a mobile application that accelerate the use of machine learning with satellite data. This concept, i...
Learn more

China has suffered massive floods, suffered continued rains. This has resulted in delayed planting of wheat and possible 20% loss of yield.
Learn more