The European Space Agency (ESA) has produced images showing the bleaching of the Great Barrier Reef.

The Great Barrier Reef lost nearly 30% of its corals in 2016 alone – due to bleaching. Satellite data is leading the way in monitoring corals with the Commonwealth countries now offering free satellite data amongst member states and the US NOAA already delivering a global coral bleaching alert system 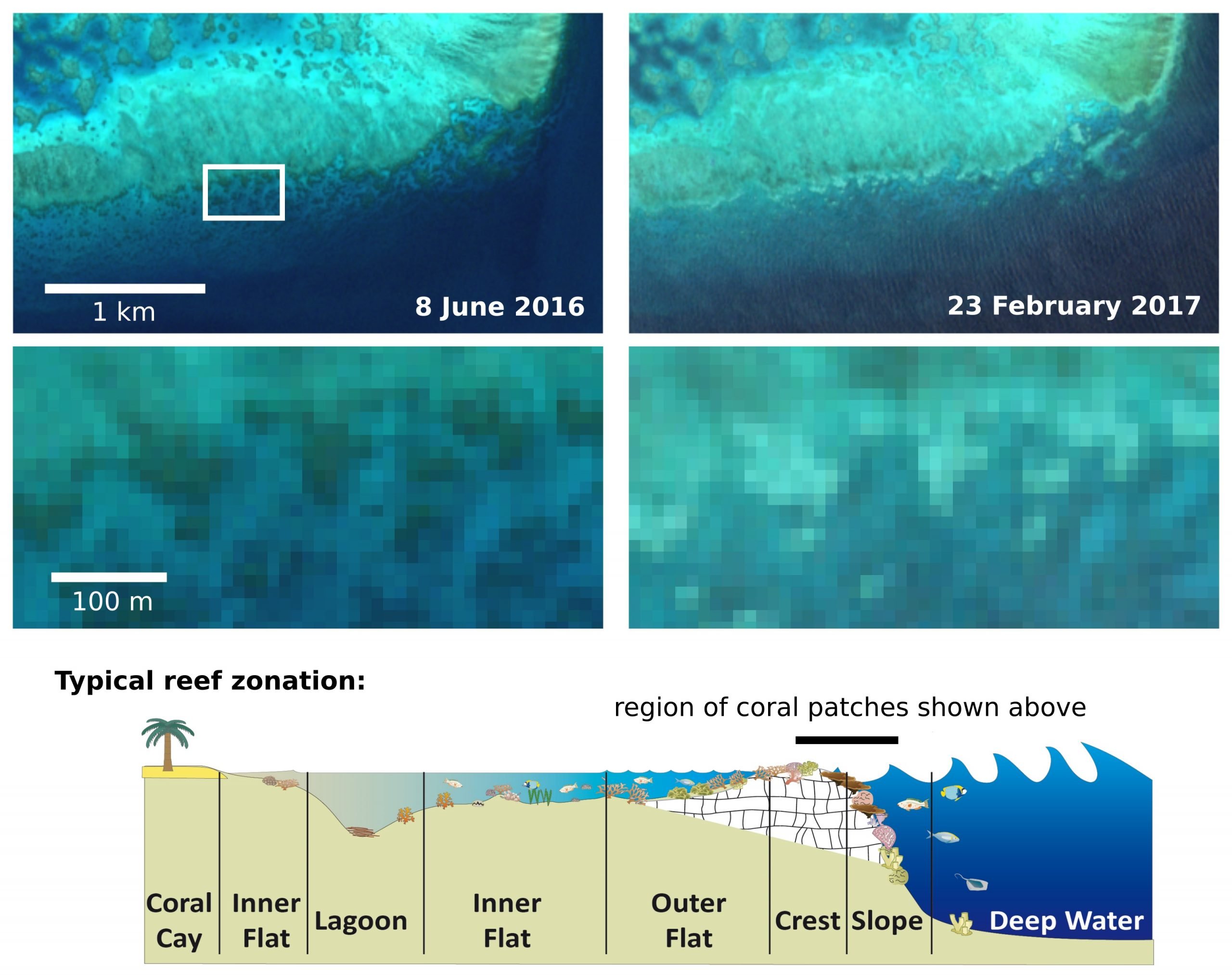 Sentinel-2 images for Adelaide Reef, Central Great Barrier Reef were analysed for bottom reflectance – or brightness. An increase in reflectance in early 2017 suggests a coral bleaching event, confirmed by two consecutive observations. The apparent absence of a bleaching in April and May 2016 is consistent with survey data from this area during the 2016 GBR bleaching event. (from ESA)

Geolocated underwater photos of corals before and after the coral reef bleaching event observed on Ellison Reef in the central Great Barrier Reef, by Sentinel-2 in February 2017. Arrows indicate the area of predominantly bleached coral (from ESA)

This imagery was taken by the SENTINEL-2 satellite  – shown below 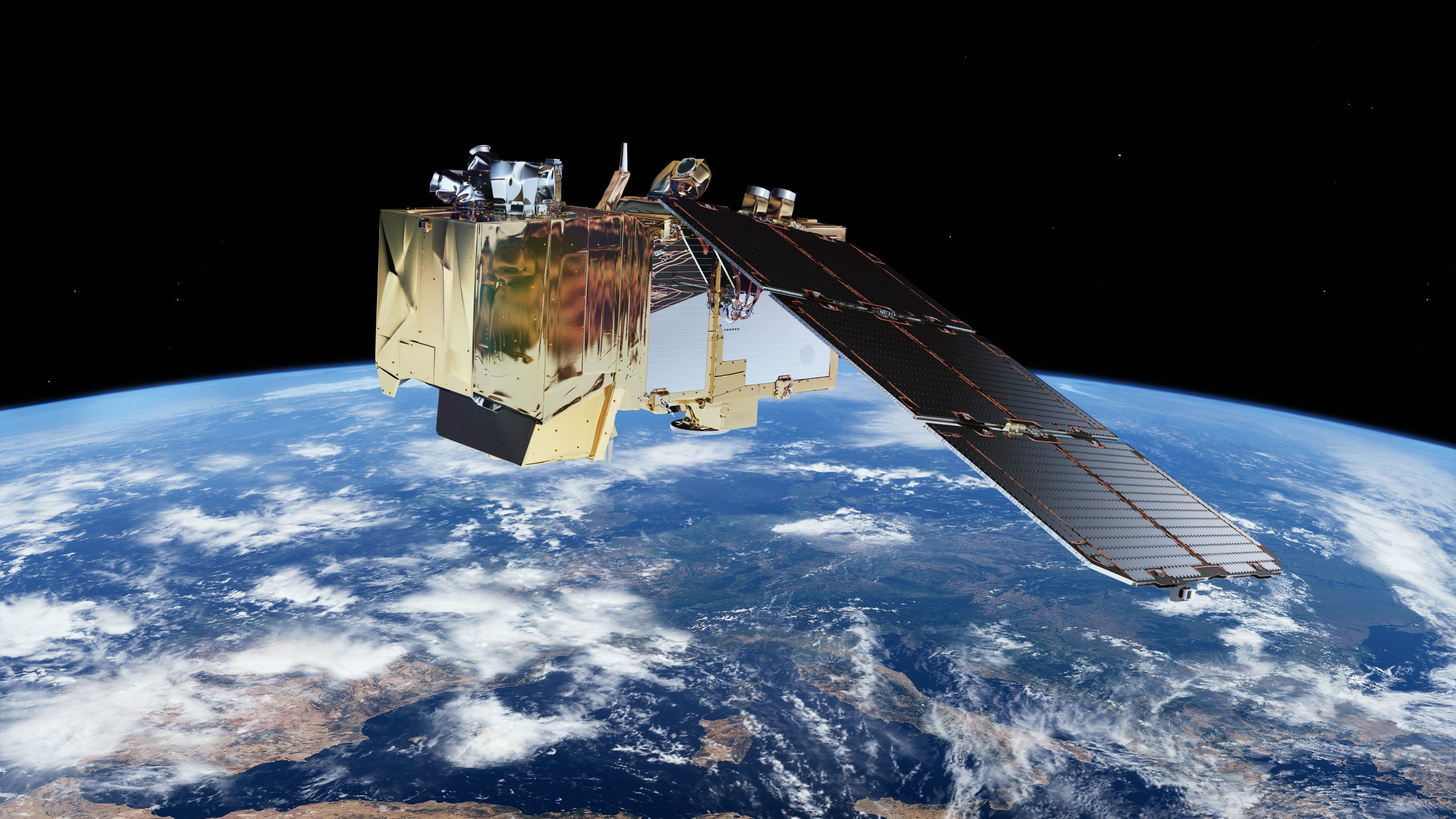